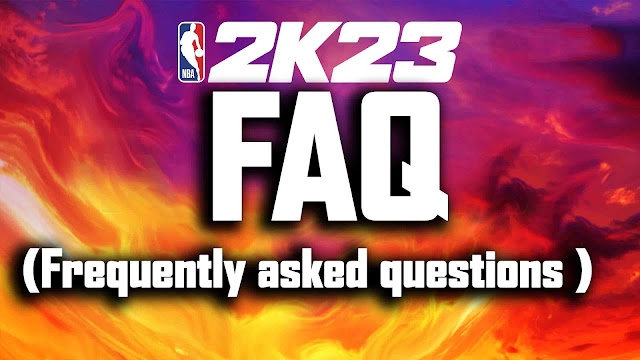 I made this post to compile all the questions usually asked by 2K players and newbies in modding. This will update from time to time. Please! do comment for more questions.

Visit this Youtube video I made, it will guide you on how to

- What is the latest hook for 2K23 and where can I download it?

The latest version released by looyh was 0.018. You can download this

How can I assign a cyberface for 2K23?

Since Looyh did not release yet the 2K23 Roster editor tool. TGsogood provides a tutorial in which you can temporarily assign custom-made cyberface to your roster

How can I EXPORT games files from 2K22 or 2K23?
This video made by TgsoGood will guide you on how to export game files like cyberfaces, court files, etc.

How to add Headband, Change Hairstyle or Change Player for 2K23?

Looyh released a script PlayerEditor+ Plugin  for 2KHook which you can change hairstyle, change player and equip headband. Download it => HERE

Mostly NO. Every 2k series released has different structures. But there are some that still work for NBA 2K23 including:

- Edit Player Background (Some are not working)

- Bootup (Some are not working)

My Players are messed up after I install a global?

The arena or Stadium and Players became black

- This only happens again if you put the old Arena or lighting to 2K23. You need to download SHARED folder to fix the problem

Where to put the OFFICIAL ROSTER UPDATE for 2K23?

For the offline users, we don't know exactly where to put the sync bin. You need to find the "1919590\local" folders. There are a lot of videos on YT. Or you can join our discord
I already put the ROSTER FILE (Sync.bin) but the roster did not change
Probably you put it in the wrong location. But if you put in the correct location and noticed that there are no changes in the roster, it is because 2k sometime updates only minor changes in the roster, not the lineup.
I downloaded a Cyberface and it's clipping through the jersey, with no hands, no hair.  How do I fix this?
If this happens, you mostly downloaded a 2K20, 2K21, 2K22 Cyberface. Old Cyberfaces do not work perfectly in 2K23. The body structure or the model is different. So be sure to download the 2K23 Cyberfaces only
Can I Install any reshade from previous 2K? How can install it?
Yes! All reshades are universal. You can choose any reshades from 2K20-2K23.  I provided a tutorial which exactly the same for 2K23