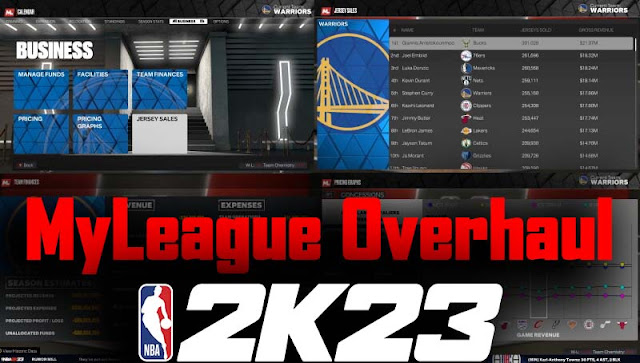 Mod Description
This mod will add MyLeague Overhaul - New Features to your NBA 2K23
Platform:  NBA 2K23
Release Date: 09.23.22
Category:  Presentations Miscellaneous
Version: 1.0
Author:  vetmin
{Vetmin Note}
vetmin's MyLeague Overhaul - Pre-Alpha Version
This is the first (or rather pre-first) version of a mod that adds new features to MyLeague or replaces existing features with (in my opinion) more useful ones.
*******
WARNING: This pre-alpha version is unpolished, untested, and experimental, and use of it with a MyLeague save you're very invested in is strongly discouraged. I'm releasing it now mainly because I know that some folks would be interested in tinkering with it purely out of curiosity, and user feedback on the functionality of various features would be helpful to me for future versions.
******* 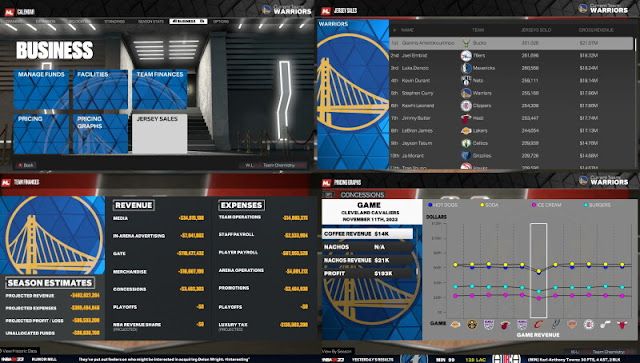 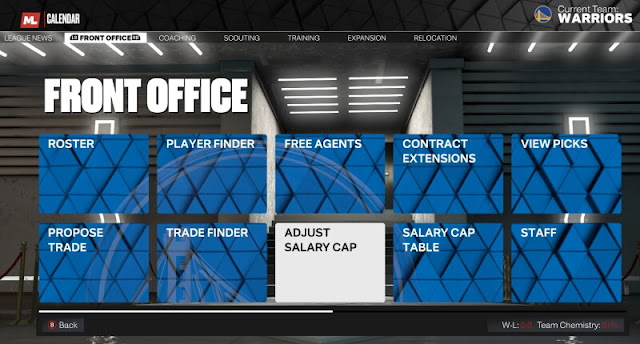 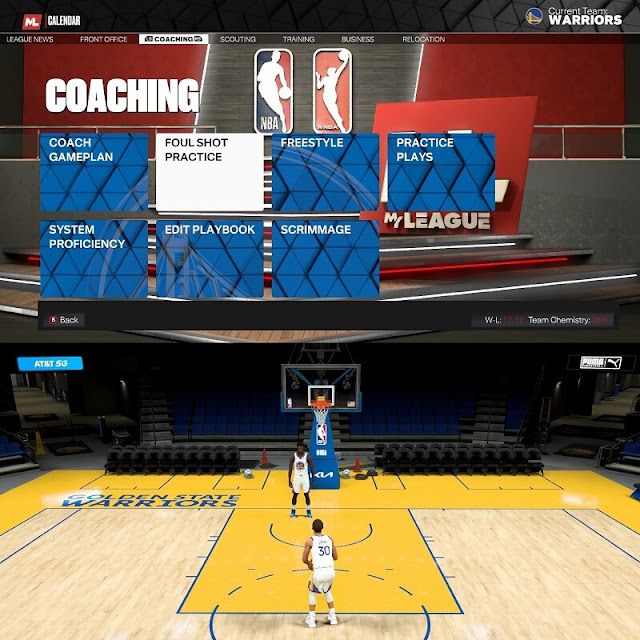 FEATURES:
• IN-LEAGUE ADJUSTMENT OF SALARY CAP. [G League Free Agents] under "Front Office" has been replaced by [Adjust Salary Cap], i.e., the graph interface for adjusting Salary Cap / Inflation that is normally available only when initially starting your franchise save. I believe that after adjusting the salary cap this way once, the salary cap becomes 100% manual. Sidenote: [G League Free Agents] will likely be replaced in the final version of this overhaul as well, since there is no functionality in [G League Free Agents] that isn't already possible in the normal [Free Agents] interface.
• FREE THROW PRACTICE. [On The Fly Lineups] under "Coaching" has been replaced by [Foul Shot Practice], i.e., freestyle mode except only for shooting free throws. You must pass through a team select menu to get on court, but you can only select your own team (or its all-time version, if you wish for whatever reason). Known (amusing) bug that I probably won't try to fix: Upon taking the court, your player will be on the wrong free throw line, but still facing the correct basket. Your first free throw will be a 3/4-court shot that can be made as easily as you would a normal free throw. (Makes for a fun instant replay.)
• BUSINESS OPTIONS. The "Tuning Sliders" tab has been replaced by a modified version of the "Business" tab from MyGM. Note that I will not be bringing "Tuning Sliders" back, as the entire tab is 100% redundant with [MyLeague Settings] under "Options".
---- BUDGET ALLOCATION. [Sponsorships] in the default "Business" tab has been replaced by [Manage Funds], i.e., the [Allocate Funds] menu from MyGM. It becomes adjustable after one's first season, but so far to me it seems rather dysfunctional. I suspect it will not survive into the alpha version of this mod, but I haven't spent enough time with it yet to totally write it off. Feedback welcome. [Sponsorships], it should be noted, simply does not work in MyLeague.
---- FACILITIES MENU. This menu appears dead in MyLeague; I just need to find something functional to replace it with.
---- TEAM FINANCES OVERVIEW. These menus are simple data displays (i.e., not interactive) and they seem to work fine, though it appears that they do not populate until after games begin being played (so if you check this screen immediately after the offseason, it will be a bunch of $0).
---- CONTROL OVER PRICING. These are the MyGM pricing controls for tickets, concessions, etc. They are functional in MyLeague, though the interface tells you that you need more action points to enable fan feedback. I hope to address that in a future version. Also, while pricing adjustments do take effect in MyLeague, I don't know if fans react to pricing changes the way they do in MyGM (since I don't play it).
---- GRAPHED SALES DATA. These show how sales / profits for different franchise products have changed over time. They seem to work fine.
---- LEAGUE-WIDE JERSEY SALE RANKINGS. A ranking of player jersey popularity. It seems to work great and seems to accurately reflect which players are currently thriving in your league.
• GAME RULES. [Ticker Settings] under "Options" has been replaced by [Game Rules], i.e., the menu that allows you to toggle different NBA rules on/off. I released this previously on 2K22 and it works the same way on 2K23.
INSTALLATION
Unlike most of my mods, this one is a simple drag and drop. Drag the folder "Mods_z_MyLeagueOverhaul_PRE-ALPHA" into your "NBA 2K23" folder (the same one that contains the main game .exe). The final MyLeague Overhaul will involve dragging individual files into particular .iff archives, but since the mod is at such an early stage, I actually DISCOURAGE users from integrating the modded files into any existing archives they may have. Instead, I suggest just keeping the mod in its own folder and toggling it on/off as needed (learn more about this Hook functionality here: https://youtu.be/ikULh6f3nik).
PROCEED TO DOWNLOAD
Labels#2K23 Miscellaneous, #2K23 Presentation, #MISC, #PRESENTATIONS
Newer
Older